Morgan Drexen, Inc. was accused of operating without a license. They argued the case, but a hearing examiner ordered them to return the $4.2 million and pay an additional $1.89 million for breaking the law. The case went to the District II Court of Appeals. The Appeals Court ruled that the hearing examiner did not err in determining Morgan Drexen violated the law.

It actually sounds like pretty good plan, right? I slowly pay a company “x” amount of dollars until I have saved enough to settle all my debts. The company does this on my behalf and takes their fee. No fuss. Easy. That’s where the old saying comes into play. It sounded too good to be true. And, so it was. They were violating the law and operating without a license. In addition, clients were paying far more money than it took to settle the clients’ debts, as over half of the money Morgan Drexen took in went straight into their own pockets.

This is a good time to warn Elkhorn, Wisconsin residents who are seeking debt repair or debt settlement help to be cautious. Research a company before doing business. Ask peers and family members for recommendations. Check the Better Business Bureau ratings. Search for reviews online. Better yet, work with someone local who you know and trust. If you do your homework, you are less likely to fall victim to an Elkhorn debt settlement scam.

If you have questions about debt repair or debt settlement, contact the offices of Wynn at Law, LLC. Wynn at Law, LLC has offices in Lake Geneva, Salem, and Delavan, Wisconsin. You can reach our Elkhorn debt repair attorney by phone at 262-725-0175 or by email via our website’s contact page.

*The content and material on this web page is for informational purposes only and does not constitute legal advice. 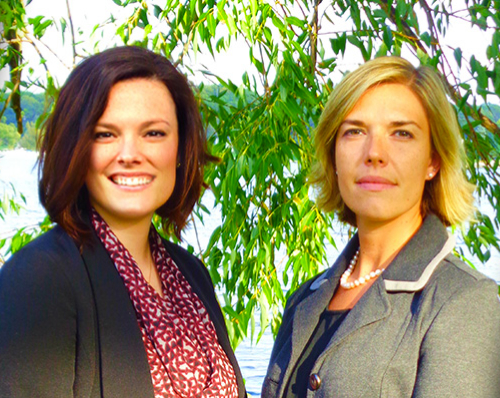 Attorney Shannon Wynn and Associates are fantastically outstanding! Their exceptional professionalism, patience, trust, integrity, genuine caring attitude, and legal knowledge is of the highest level. They have been there every step of the way, always offering help in any way possible. I would highly recommend Attorney Shannon Wynn and Associates/staff for general or specialized legal needs.

I enjoyed working with Attorney Wilson and the Wynn Law team for my recent purchase of land. Not working with a realtor to purchase real estate had me nervous. The Wynn law team stepped in and helped me through the process from writing the offer to ensuring the items needed for close were done to representing me at closing. The team was easy and pleasant to work with. I'd highly recommend them.

Attorney Wynn and her entire staff are wonderful! They are all easy to work with and very knowledgeable. Attorney Wynn was always understanding of my situation, and worked hard for me. She responded to any questions I had in a timely manner and her staff did the same. I would HIGHLY recommend Wynn at Law to anyone looking for an attorney!

We had a very good experience working with Shannon Wynn and her associates.She made us feel at ease and made the whole experience of Bankruptcy painless. We would recommend her to anybody that needed her services. She is such a nice lady and really cares about you and your family.